International Students: What Does 2018 have for them? - Undergrad Success

International Students: What Does 2018 have for them? 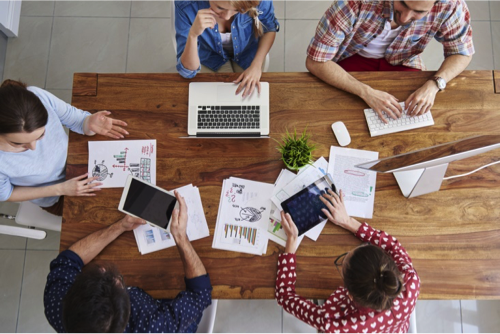 International Students: What Does 2018 have for them?

Almost every human around the world has personal and professional growth as common goal and one way to assure its accomplishment is to study a thrilling career with a great amount of opportunities in the working market. Time spent in college is not just for studying, but living an amazing experience; joining academic clubs, trying out to be on one’s favorite sport team and, why not, studying abroad, far from home.

College is about overcoming a lot of obstacles as well, and international students deal with at least twice the difficulties. There are new professors which don’t see themselves as superiors and might want them to be part of a dynamic learning experience they’re not accustomed to. Making new friends could be incredibly challenging, everything around them is unknown and that could make their shyness reach its peak. Looking at the academic obstacles, the national education system of their country might be way different to the one on their destinations and there could be a great amount of subjects needing a requirement in a field they didn’t study back home1. These are just a bunch of the many obstacles that international students need to cope with, not including the adaptation to a new culture, to outstrip language barriers and all the administrative procedures of applications and posterior inscriptions that can be overwhelming.

But 2018 is looking bright to international students. As universities are aware that these complications previously exposed may discourage international applicants and this decline in international enrollment is a problem for them because these students are the ones that paid full tuition and represented a great part of the budget managed by those schools, they started to develop some technologies and to change a lot of harsh policies in order to encourage more overseas applicants.

For example, the board of Mississippi State University is changing the payment policies. These modifications which consist in making new plans including the expenses of residence halls and meal plans to tuition through monthly installments received in their billing statements. As said by the MSU treasurer and assistant president, Kevin Edelblute, these new payment schedules will help students and parents see their responsibilities and enjoy lower debts in the future . Nevertheless, international and domestic first-semester students are exempt from these upcoming policies because they need to make an initial payment prior the start of their journey at MSU; once enrolled, they’ll be enjoying these new plans.

There is great news for those students who are looking forward to study in Canada as well.  The University of Toronto is going to make an important cut in their International PhD programs fees. As one of the greatest difficulties of studying abroad is to deal with more expensive fees compared to the domestic ones, U of T is allowing their international PhD students to pay the domestic fee. That means going from $21,560 to $6,960! These changes apply to fifth year students since their first four years are covered by university funding packages. This is one of the most exciting policies to benefit international students who had the best grades and performance back in their home countries and might not have been able to pay the current fee.

But not all the newest benefits come from great scale changes in the policies of some universities. Recently, there have been some apps for smartphones and tablets that are the result of the development of new technologies to make the experience of living a as a student way better. For example, the international students in Australia could use Lost on Campus to find their way at their new universities, locate classrooms, vending machines, bathrooms and many other places with a great amount of reviews by other students; or the Macquarie Aussie Slang Dictionary to keep up and understand every conversation where the student is involved. Other great app is Grammar Up even better when you’re an international student in the US. This app allows you to take a lot of multiple choice quiz-like questions to learn and practice English grammar in a fun way.

A lot of companies around the world want the best brains available to work with them and international students are great candidates that suit that requirement, so maybe, in order to keep up with research and development of new technologies that could be of use, some immigration policies might change soon enough to allow international students find a place in their host country once graduated.

An international student could start being a private tutor teaching his mother language and later some basic or advanced subjects from a different point of view that could enrich the way they are taught. International students can improve the way things are done in their host and home countries, so even when 2018 looks pretty bright for them, it’s time to ease their challenges in order to accelerate globalization and all the benefits it implies.

Singapore: The Land Of Great Opportunities for Students
5 Tips for Balancing an Internship with a Part-Time Job